The Montauk Canyon fishing competition lives up to its title: this annual event is a true challenge for New York anglers in search of a competitive sport fishing tournament. Participants can fish either two day trips or one overnight trip in search of their catch: eligible fish species include yellowfin tuna, albacore tuna, mahi mahi, and wahoo. Proceeds from this saltwater fishing tournament benefit the Coast Guard Foundation and Maggie’s Mission. Although this tournament keeps New York close to its heart, it attracts anglers from across the U.S. who will vie for over $400,000 in cash and prize awards. As one of Long Island’s premier fishing clubs, the Freeport Tuna Club is no stranger to competition. The club’s annual shootout is open to both members and non-members who appreciate the art of tuna fishing. This annual event fosters a casual and fun-filled environment for competitive tuna fishermen and their families. Last year, the shootout raised $1,500 for the Hooks for Heroes foundation. In addition to the shootout, consider signing up for one of the club’s annual derbies for a full sampling of tuna fishing. 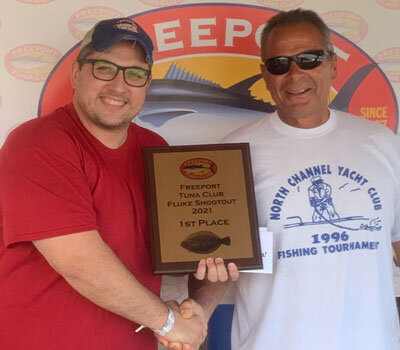 What’s grander than a grand prize of $10,000? The Montauk Grand Slam promises big prizes for winning participants: in addition to a $10,000 Mercury brand credit for the 1st place angler, the 2nd and 3rd prize winners will receive $3,000 and $2,000 Mercury credits, respectively. Participants fish for the largest fluke, sea bass, striped bass, or bluefish. Organizers of the Grand Slam are invested in their community and support a range of local nonprofits with tournament proceeds, including several high schools and Toys for Tots. Pictures from the event provide visual proof of big catches, family time, and community connection. This is not just the greatest bluefish tournament in New York: this annual bluefish tournament claims to be the largest of its kind on Earth. Participants can fish anywhere in Long Island Sound and however they’d like: on a boat, from a kayak, on the shore, or whatever other method you prefer to catch your bluefish. This tournament takes its top prizes seriously and requires the top 3 finishers to pass a polygraph test before claiming their prizes. The catcher of the winning blue receives a grand prize of $25,000, followed by $7,500 for the 2nd place winner and $2,500 for the 3rd place finisher. This family-friendly saltwater fishing tournament is a festive gathering for recreational anglers and outdoorsy types of all kinds. The weekend kicks off with a Captain’s Huddle at Port of Egypt Marine, followed by Saturday’s saltwater tournament and a Lobster Bash to cap off the evening. The catchers of the Top 3 Stripers and Top 3 Blues will receive cash prizes, and proceeds from this fall-themed fishing event will benefit the Eastern Long Island Hospital.

The 21st annual Manhattan Cup is arguably the most fun - and only - inshore saltwater fishing tournament in New York. At the 21st rendition of this prestigious fishing event, anglers will compete inshore at Liberty Landing Marina for the largest striped bass and bluefish among three categories: fly, artificial, and bait. Although Manhattan Cup participants take fishing seriously, there will be lots of fun - and surprises - with the promise of special guests and musicians. Proceeds from the Manhattan Cup benefit a range of national charities, with an emphasis on marine conservation. 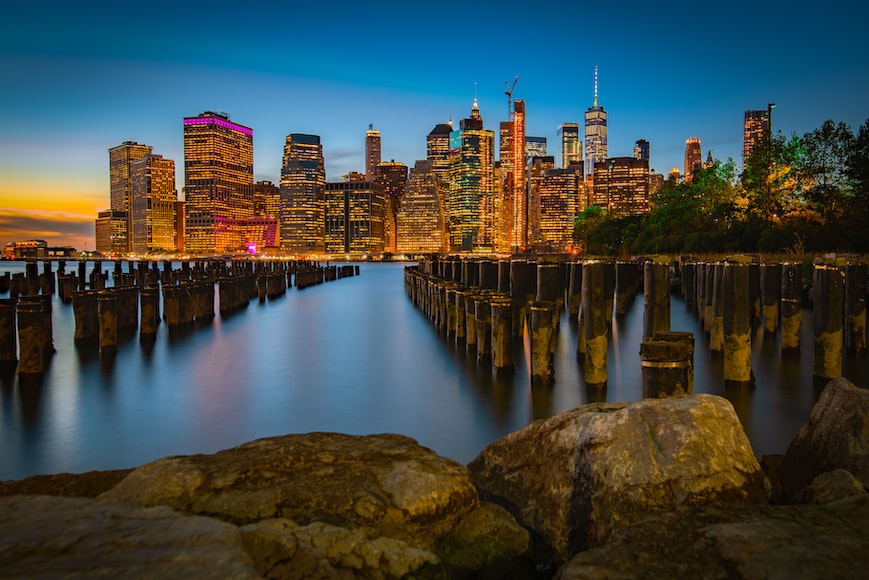 If your goal is to be the most unconventional tourist in New York, take a detour past NYC and sign up for any of these saltwater fishing tournaments. The Empire State has plenty to offer saltwater anglers, from family-friendly fishing events to competitive tournaments with top-tier prizes. Assemble your team and prepare your inshore or offshore gear, and you’re officially packed for the next New York adventure.